At the 2016 Virginia Public Relations Awards held May 18, Alexsis Rodgers was named this year’s Rising Star. The award was instituted in 2010 to recognize an outstanding new member of the public relations profession who has five or fewer years of experience in PR. 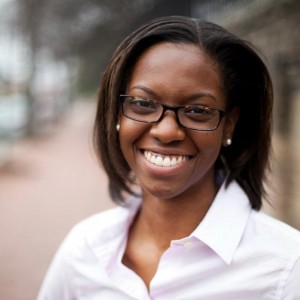 Rodgers is the policy director for Lieutenant Governor Ralph Northam. She previously served as director of communications and policy at Virginia21, a young voter advocacy organization, focused on civic engagement, college affordability and economic development. Before that, she worked at CRT/tanaka (now PadillaCRT), leading communications strategies to advance transportation, pediatric care and environmental initiatives. Over the last four years, she has worked or volunteered on political campaigns at every level from county supervisor to president. She also serves on the board of Emerge Virginia, a nonprofit that trains Democratic women to run for office. Rodgers is a native of Hanover who made her way to Richmond by way of Henrico and has eaten at nearly every restaurant along the way. She earned bachelor’s degrees in Mass Communications and Spanish from Virginia Commonwealth University.

What does receiving the Rising Star award mean to you?

I am incredibly honored to have been nominated for this award by folks who I consider to be some of the best in the industry. Having the respect of current and former colleagues, clients and my current boss the lieutenant governor of Virginia is such a huge honor and an amazing feeling.

How did you decide to get involved in the public relations industry?

I have an unusual story about how I came across public relations. Growing up, I thought about a lot of different career paths, like most young people do, but there was always one common theme: I wanted to help people. During my first semester at VCU, I actually looked at the entire university’s course catalog. I printed it out, and I went through line by line, marking every class that sounded interesting to me. That process led me to public relations because I was interested in linguistics, culture and psychology, but also arts and politics. As a student of PR, I wasn’t just studying a craft. I was learning about the world around me and how to influence it best.

Do you have a highlight that comes to mind when you think of your career thus far?

Leading Virginia21’s “Save Our Slice” campaign in 2014 to prevent devastating cuts to public higher education was an incredible high point of my career. The effort was a powerful example of the impact that young people can have on state government and public policy when we work together. That’s the real joy for me: empowering others to move the needle on issues and causes that make our communities a better place.

How did you get involved in PRSA Richmond? What has your experience been like as a member?

Many of my VCU professors encouraged me to get involved in both PRSSA and PRSA as a student. I participated in the student connections week, and I was honored to receive the David P. Hurdle scholarship my junior year. Every luncheon that I attended was a great opportunity for me to network with professionals who I otherwise may not have encountered in my day-to-day life on campus. After school when I joined CRT/tanaka (now PadillaCRT), I attended meetings on occasion and stayed involved. I’m so grateful for PRSA’s work engaging students and young professionals. There’s really something special about getting together with PR professionals in various sectors – government, corporate, non-profit – to share ideas, learn new things and agonize over the latest buzzwords.

What advice do you have for young professionals?

Try to get to know yourself and do the best you can to bring your brand to whatever organization you’re a part of. For example, my brand has a lot to do with bringing people together. In every job or volunteer opportunity, I do the best I can to bring people together whether that’s over happy hour or during a heated discussion. I think when you can really hone in on what you are naturally good at you will do well and people will notice.