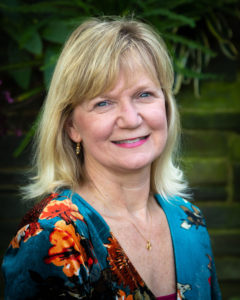 PRSA Richmond is excited to announce Beth Monroe, APR, as this year’s Thomas Jefferson Award winner. The award recognizes the achievement of a seasoned public relations practitioner who has made an ongoing commitment to the advancement of the profession.

For over 20 years, Beth Monroe, APR, has led public relations at Lewis Ginter Botanical Garden, helping to establish the 50-acre oasis as one of the nation’s top public gardens. She has demonstrated a deep commitment to service – both for the Richmond region and the public relations community. She founded the Richmond Garden Trail – teaming up with 10 Richmond garden attractions, Richmond Region Tourism and Virginia Tourism Corporation to market Richmond as a gardening tourism destination. She welcomed international media and visitors on behalf of the Richmond region as Lewis Ginter took the international stage as a host site for the UCI Road World Championships. Beth was one of the first partners in the Richmond Region Tourism’s OutRVA campaign to attract LGBTQ+ travelers.

Beth has worked to make Lewis Ginter more accessible to our community with free admission days and by partnering with other nonprofits to offer free admission to those who might not otherwise be able to attend. Remarkably, Beth has served as a mentor to more than 50 young practitioners, interns and career-switchers over the years, in addition to her service to PRSA Richmond as an officer, mentor and awards committee member.

Through Beth’s efforts, Lewis Ginter has received numerous national and international awards, including several from USA Today/10Best, which ranks the Garden in the top 10 in the United States. Though these efforts and many more too numerous to list, Beth has raised the profile of the entire Richmond region with her work.

Join us at the 72nd Virginia Public Relations Awards on Thursday, May 23 at The Historic John Marshall Ballrooms at 5:30pm. VIP happy hour begins at 4:30pm.