Jeff Wilson, APR, vice president at Padilla Richmond, nominated Padilla President Mike Mulvihill, APR, for the Thomas Jefferson (TJ) Award for Excellence in 2016. We had a chance to catch up with Jeff to get some advice for those submitting a TJ submission this year! 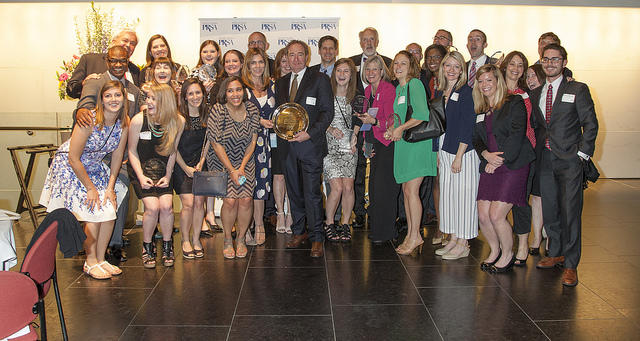 What made you nominate Mike for a TJ Award?

I truly believe that Mike embodies the ideals of the Thomas Jefferson Award. He has contributed significantly to the PR profession; has been recognized with some of the highest honors in the PR industry, including multiple PRSA Silver Anvils; has been involved in the community through nonprofit board service and served as a mentor to many, including me.

Why are these awards so important to the PR profession?

People like recognition. For the TJ Award in particularly, I’ve always viewed it as a life-time achievement award. It’s an opportunity to recognize a colleague or mentor who has made a significant impact to the public relations industry in our region.

What should people consider when making a nomination?

Provide supporting material with your entry. Bring the entry to life, and tell a great story.

What do you think judges are looking for from nominations?

Not only have I written entries for several winners – I’ve also judged the TJ awards. The judges look very closely at the nomination guidelines. When you’re putting together an entry, make sure you have covered every category. Also, you should include letters of recommendations as well as tangible examples of the work the individual has done – such as case studies – which demonstrate why the nominee is deserving of the award.

Anything you want to say to encourage people to nominate?

It’s not that hard! And it’s fun! And if your nominee wins, that person will be truly honored and appreciative.

More details about nominating someone for the Thomas Jefferson Award.