Mark Raper Calls it a Career 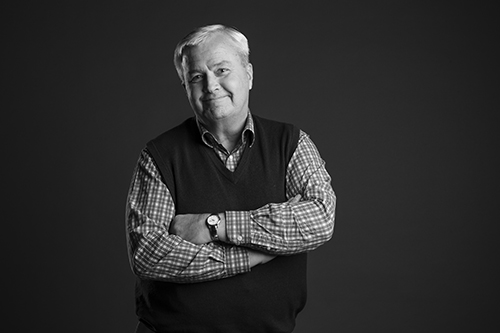 After a career spanning decades, Mark Raper, Padilla’s chief counsel officer and former president, has retired. Mark helped build Padilla into one of the top-10 independent PR and communication firms in the country.

Along the way, Mark amassed some of the communication industries highest honors. In 2007, he was awarded PRSA Richmond’s Thomas Jefferson Award of Excellence in Public Relations and was inducted into the Virginia Communications Hall of Fame in 2008.

Mark’s story of helping create modern-day Padilla began in 1996 in Richmond, Va. When serving as managing partner of Earle Palmer Brown (EPB) – then a top-20 advertising agency – he led a group of employees to purchase the PR operations of the agency, forming Carter Ryley Thomas Public Relations & Marketing Counsel (CRT), where he served as CEO. The firm was named after three of the principals’ children, including Mark’s eldest daughter, Carter.

In 2013, the agency was acquired by Minneapolis-based Padilla Speer Beardsley to form PadillaCRT, where Mark served as president. Mark helped orchestrate numerous acquisitions to broaden the agency’s capabilities and client offerings. These acquisitions included Richmond-based Joe Smith, a brand strategy firm, in 2015 and Chicago-based FoodMinds, a food and nutrition communication firm, in 2016. In 2017, PadillaCRT became simply Padilla with Mark assuming the role of chief counsel officer until his retirement this year.

“Throughout his career, Mark has given everything of himself to the industry, his community and the company that became Padilla,” Lynn said. “He’s earned his beach, and we wish him the best in his new journey.”

Mark’s initial public relations experience began in health care. Mark was public relations director of a Charter Medical-owned hospital in Richmond and director of marketing for Sentara Health Systems in Norfolk, Va. At Sentara, Mark helped manage communication around the first baby born via in-vitro fertilization in the United States.

Before joining EPB in 1988, Mark’s experience included a four-year stint as director of public relations at Ford & Westbrook, Inc., and three years as manager of PR and advertising for Figgie International.

An article included on PRSA Richmond’s homepage and member e-newsletter is a benefit of becoming a chapter sponsor. Thank you Padilla for sponsoring PRSA Richmond!