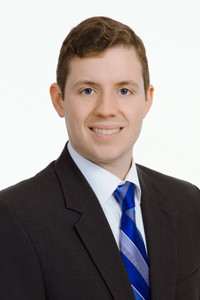 As a member of the PRSA Richmond chapter and board of directors for many years, I’ve come across quite a few PRSA-isms or sayings. One of my favorites is that you can’t spell April without APR! This axiom underscores that April traditionally has been a month to focus on the value of our industry’s premier accreditation. In 2016, April was a banner month for the APR program as the Mid-Atlantic District hosted the country’s second APR boot camp.

This boot camp, which took place April 6 – 9, was the first of its kind in the country last year. As a result of our success in 2015, the boot camp returned to Richmond last month and once again was a great accomplishment.

More than a dozen participants from around the country came to Richmond for their readiness review panels and intensive study days. The Mid-Atlantic District APR boot camp sold out quickly, and there was even a waiting list of participants, highlighting the demand for the APR accreditation. This year’s boot camp attracted candidates from the Richmond, Blue Ridge, Hampton Roads, National Capital and Central Ohio chapters. After completing the boot bamp, APR candidates took the computer-based examination.

I’m happy to report that the success rate was excellent, and the Richmond chapter alone now has eight new APRs!

The boot camp would not be possible without the support of the PRSA Richmond chapter. Lindsay Grant, APR, the chapter’s accreditation chair, organized the boot camp with PRSA National. Additionally, 14 APRs from Richmond served on readiness review panels during the boot camp. The Central PA chapter also played an important role in the boot camp and provided trainers during the study days.

I’m so proud of our chapter for our support of the Mid-Atlantic APR boot camp. PRSA Richmond was once again recognized as a leader among PRSA chapters nationally!

The Mid-Atlantic APR boot camp is yet another way that the PRSA Richmond chapter provides resources and value for our members. Even if you weren’t able to participate in the boot camp, I encourage our chapter’s members to explore the APR process. For more information, contact Lindsay Grant, APR, our chapter’s accreditation chair, at lgrant@hodgespart.com.