Brad Phillips, author of the best-selling book, The Media Training Bible, and one of the world’s top media trainers, will join PRSA Richmond Thursday, April 14 for a professional development session. As a preview to his session, the PRSA Richmond professional development committee provides a glimpse into Phillps’ messages in the following interview.

More details and register to attend the session. 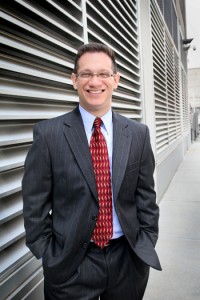 How did you get your start in media relations?

After working as a journalist with ABC News and CNN, I left journalism to manage the media relations department for an international non-profit organization. In 2002, I attended a media relations conference, at which a media trainer spoke for an hour. I never knew that was a profession—and seeing her speak ended up changing the course of my life. I went back to work, spent a few months writing a media training guide for my organization, and was hooked. I founded Phillips Media Relations two years later, in 2004, and a few years later decided to focus solely on media training and presentation training.

How would you characterize the state of the media landscape today?

It’s no secret that journalism is more driven by profit, ratings and clicks than ever before. What was once a profession viewed as a public service is now a profession that is increasingly focused on giving the audience what it wants, whether or not it enlightens, educates or informs them. That may seem like a dire prognosis—and it is—but I remain confident that there is and will always be a place for great journalism (of which much remains). That said, I always tell my media training clients that while we can spend a full day lamenting the state of the media, that would miss a key point: spokespersons and organizations have more opportunities than ever before, through more media channels than ever before, to share their stories with their audiences without being solely dependent on a willing journalist.

What led you to write your book The Media Training Bible?

I started the Mr. Media Training blog in 2010, and was blogging five days a week at that point. I realized that many of the most relevant “best practices” posts were getting buried over time, and thought it would be useful to compile the best of them into book form. I originally intended for the book to be a compilation of blog posts—but it quickly became evident that I’d have to write the book almost from scratch. Because I was so accustomed to writing blog posts, I decided to write the book as 101 two-page lessons that cover everything from message development and answering tough questions to body language and crisis management.

What will be the biggest benefit for PR practitioners who attend your workshop on April 14?

If you’re new to being a media spokesperson, you’ll learn several new tips to help you up your game quickly. If you’re an experienced pro, my hope is that you’ll find several new twists on concepts you’ve already been using.

More details and register to attend the session.