The PRSA Richmond membership will vote on the slate of officers to lead the 2020 board of directors at the September 25 luncheon. New officers will be installed on November 20.

Windy Campbell is founder of Campbell Communications, an independent public relations practice specializing in communications strategy, stakeholder engagement and media relations. For 15 years, Windy has served a variety of clients in the business, healthcare, financial services, transportation and non-profit sectors. Windy has been an active PRSA Richmond chapter member since 2002. She has served the Richmond Board as chair of the Independent Practitioners section (2013-2014), Secretary (2015), Treasurer (2016) Membership (2017), Professional Development (2018) and President-Elect (2019). 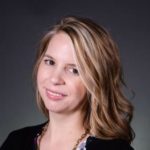 Lindsay is a part of the leadership team at The Hodges Partnership, a strategic communications firm based in Shockoe Bottom. At Hodges, she leads strategy and execution for several of Hodges’ largest and longest-standing clients. Over the years, her focus has been directed toward community relations, internal communications, writing and media relations. Lindsay has been an active PRSA member since 2006 and has served on the PRSA Richmond board since 2010. She also is a former adjunct professor at Robertson School of Media and Culture at VCU and lives in Westover Hills with her husband Ryan and daughter Nora.

Taya Jarman, APR, is an accomplished communications professional with several years’ experience developing and implementing communication strategies that support organizational objectives. She is the communications director for the Virginia Department of Health Office of Family Health Services. In this role, she is responsible for developing guidelines and the overall strategy for the VDHLiveWell brand. Taya holds a Master of Science degree in strategic public relations from Virginia Commonwealth University, where she studied abroad in China. She also holds a Bachelor of Arts degree in communication and leadership from Christopher Newport University and several certifications from the University of Maryland University College, John Hopkins Bloomsburg School of Public Health and University of South Florida. Taya’s PRSA Richmond board service includes acting as the chapter’s Second Vice President of Awards, treasurer, student relations chair and public service chair. 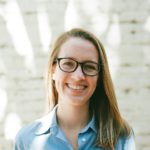 Sarah Murphy is the communications manager in the Department of Business Services at Virginia Commonwealth University. She holds a bachelor’s degree in English from the University of Mary Washington and a master’s in communications and strategic public relations from Virginia Commonwealth University. Sarah has been a PRSA Richmond member since 2013 and has served on the board in a variety of roles, including her most recent position as student relations chair. Sarah is a runner and lives in Richmond with her husband, daughter and rescue pup.

David Bass is a senior economic education outreach specialist at the Federal Reserve Bank of Richmond where he leads outreach strategy to promote the Bank’s economic and financial education resources throughout the Fifth Federal Reserve District. A graduate of the University of Richmond, David has had over 10 years of experience as a public relations practitioner including overseeing public relations and communications strategy at the Virginia Society of Certified Public Accountants as well as working on media and public relations at a Richmond-based agency for Fortune 500 companies, special events and nonprofit clients. David is active in the Richmond community currently serving as president of the Manchester Alliance, president of the Old Manchester Lofts condominium association, vice-chair of Modern Richmond and recently served on the board of the Virginia Jump$tart Coalition. He has served on the PRSA Richmond board since 2016 including acting as the Chapter’s secretary and chairing the professional development workshops, sponsorship fulfillment and media relations committees.

Mike Frontiero is the director of communications for Union Presbyterian Seminary. A graduate of Virginia Commonwealth University and North Carolina State University, he has 18 years of experience in communications, public relations, and marketing, including 14 years at VCU. Frontiero has been an active PRSA Richmond member since 2014. On the PRSA board, he has previously served as social media chair. In 2019, he received a Virginia Public Relations Award for Reputation/Brand Management. He holds a Master of Science degree in strategic public relations from VCU and a Bachelor of Arts in speech communications from NCSU. 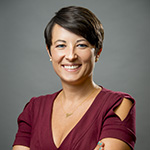 Diana Burkett, APR joined the VCU School of Education as Director of Communications and Enrollment Management in August 2014 after spending two years at University of Richmond.. A graduate of Syracuse University’s S.I. Newhouse School of Public Communications and Randolph-Macon Woman’s College, Burkett focuses her efforts on supporting the mission and initiatives of the school by developing and implementing a comprehensive communications and recruitment strategy. She also manages the communications team and provides communications counsel to the school leadership. She has 13 years of experience in integrated communications and public relations, including at the Pew Center on Global Climate Change, Edelman Public Relations and Chandler Chicco companies. In her spare time, she volunteers in her Church Hill community, travels with her family and spends time with her favorite being, her dog Foxy.